We are presented with the strange spectacle of Julian Assange seeking and receiving asylum in the Ecuadorian Embassy in London. Is it out of fear of Swedish justice or out of desire for publicity?

Here are some other famous instances of asylum seekers in history: 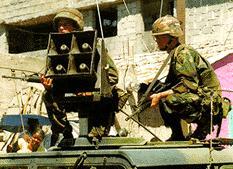