Russian Protests, then and now 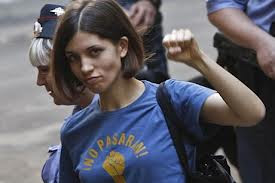 When men fail, can a handful of women succeed? Yes, we are talking about political change in Russia and yes, we are provoked, as we were meant to be, by the “Pussy Riot” anti-Putin demonstration at the Cathedral of the Christ the Savior in Moscow.

The Decembrist uprising in 1825 against autocracy and for constitutional government in Russia was badly prepared and incompetently carried out. At the time, it didn’t have much public support and it was crushed with much brutality; the survivors were sent into harsh exile in Siberia. 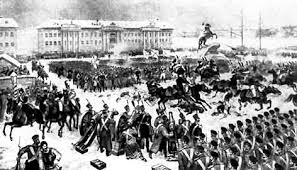 And yet, over time, the surviving Decembrists came to be seen as Russia’s heroes. What changed was that their wives volunteered to follow them into exile, often at great personal cost. The sacrifice of women juxtaposed with the ruthlessness of the authorities made the regime unlovely even among their natural supporters.

I would like to believe that something similar might happen now. The severity of the sentences (two years in prison for a one-minute demonstration) and the ridiculousness of charges (hatred of religion!) will make Putin be seen as an old-style autocrat in an era of Twitter.”